Willie’s Restaurant and Bar has a sweet story to go along with their amazing success. Brother and sister team, Will and Emily Chapman, along with Will’s wife Kayte, started their journey on a leap of faith, incorporating hard work and a lot of grace along the way.

Willie’s wasn’t always Willie’s. It started out as the Crawfish Place, once located between Siegen Lane and Airline Highway in south Baton Rouge. Will’s soon to be wife Kayte was working as a server there when the original owner decided it was time to get out of the restaurant business. Will, Kayte and Emily saw an opportunity before them and took the plunge deciding to buy the Crawfish Place even though it only had limited equipment and a sparse lunch crowd. They struggled through the ins and outs of learning how to run a business, endured bitter fights, developed a fresh, new menu, and came out shining on the other side. Today, they’ve moved on from that small 50-seat hole in the wall to a beautiful new building on Coursey Boulevard that quickly became a neighborhood favorite. 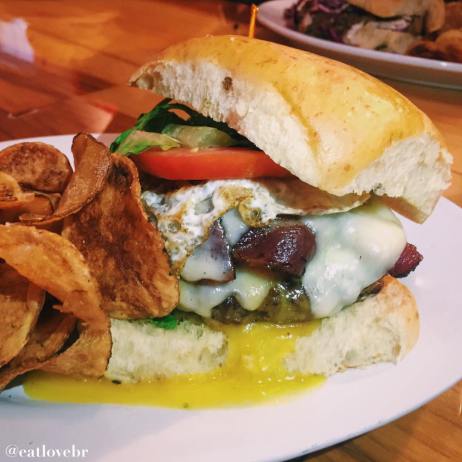 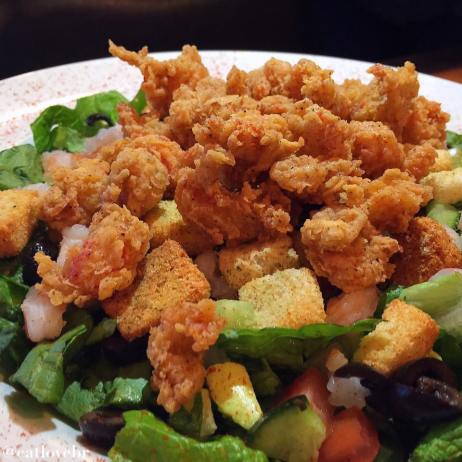 Their menu boasts traditional Louisiana flavors and cuisine. They smoke almost all of their own meat including, ham, turkey, bacon and pork belly. Some of their best selling menu items include:

REDFISH RYN – Blackened Redfish with lump crabmeat and au gratin sauce melted in a cast iron skillet.  Served with your choice of side; and one of my personal favorites,

Willie’s has also recently expanded their efforts to include catering. Their catering menu has a wide range of menu items available at tiered price points to meet anyone’s needs. They even feature $10 Lunch Boxes that would be perfect for catering a company meeting. You can check out their catering menu here.

Next time you’re looking for a family-friendly, comfortable place to have a great meal, be sure to check out Willie’s Bar and Grill. You’ll be glad you did.

Roux 61 Seafood and Grill is just a fun place to be! The place is always packed and the quirky-cool atmosphere can’t be denied. When you walk in, you will surely feel comfortable here. Each section of the restaurant has it’s own personality and you can be entertained merely by the “artwork” on the walls. Mounted fish and turkey feathers, a huge illuminated oyster sign, oars and shutters – it all screams Louisiana. They’re known for their huge portions and amazing, fresh seafood. One of their signature appetizers, the Shrimp and Alligator Sausage Cheesecake, is so rich and unique, it has to be talked about in homes across the south!

Roux 61 started in 2011 in Natchez, MS with two brothers, Jason and Brian Lees. They both have huge talent in the kitchen and a passion for bold Southern flavors and they wanted to share it with the world! Now they’ve expanded to Baton Rouge and have quickly become a regional culinary treasure. People travel across state lines to experience “what everyone has been raving about.” On any given night you can find a curious traveller stopping in at either location to enjoy the soul-soothing deliciousness that takes each dish from good to “good lawd,” as the Roux Crew likes to say. 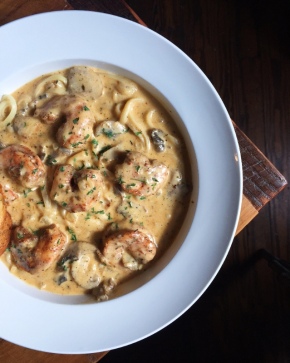 Roux 61 also prides themselves on their bar. Monday through Friday they offer a Happy Hour from 4-6 with half off all drinks. They have 20 beers on tap, most of which are local to the area. All of their in house syrups are made with Louisiana cane sugar, and they create their own infused vodka with peppers, garlic, onion, lemon and peppercorns. Even their ice is special. They use extra large ice squares, which melt slowly, keeping drinks extra cold without diluting them.

Absolutely nothing is half-done at Roux 61. They use only fresh, quality ingredients in their dishes and strive to provide quality customer service to each guest they serve. If you haven’t tried Roux 61 yet, you should soon! Stop by on a Tuesday and indulge in 50-cent oysters on the half shell all day! Enjoy!

From the custom-made tables with built-in ice basins designed with Sunday brunch in mind, to the locally made eclectic artwork adorning the walls, Cocha perfectly reflects owners Saskia Spanhoff and Enrique Piñerua.

Like many other Baton Rouge natives, Saskia and Enrique recently decided to return home after a lengthy stint in Los Angeles where Saskia was Vice President of Sales for a premier wine distributor and Enrique served as the Director of Marketing and Talent Relations for a local television station. Over the course of several years, the need for a new culinary concept became evermore apparent to the couple after each visit to Baton Rouge. In 2016 they decided to take the leap and return to the downtown area to fill that need.

The name Cocha came to the couple one night as they were discussing different possibilities. Enrique enthusiastically recalled the story for us, “While we were having wine one night I said, ‘Cocha, pass me my wine glass.’ Saskia shot up and said, ‘That’s it! That’s the name!’” Cocha is an endearing Venezuelan term meaning “honey” or “dear” and it is Enrique’s choice name when referring to Saskia.

Cocha’s Executive Chef, Jourdan Fulbright was trained at The Culinary Institute of America in Hyde Park, New York. She brings a wealth of knowledge and talent and has produced exactly what Saskia and Enrique wanted, a globally diverse menu. While Saskia’s family heritage is Dutch, Enrique’s family comes from Venezuela and Spain. Their cultures, and their love of travel, are what inspired their desire to showcase global flavors through local purveyors at their true “farm-to-table” restaurant. This is a claim they can certainly make, as they are located only blocks from the downtown Red Stick Farmers Market. Once returning to Baton Rouge, Saskia and Enrique quickly began to establish relationships with the local farmers and proudly use their products in Cocha’s seasonally rotating menu.

The couple’s love of the local community is even evident in the design of the space. Cocha boasts a beautiful open kitchen to allow customers a first hand view as they dine. All of the artwork they have chosen has deep meaning or history, and most is local to the area. Saskia and Enrique have created a beautiful, family-friendly environment where you can feel relaxed and welcomed. You can’t help but feel at home at Cocha. 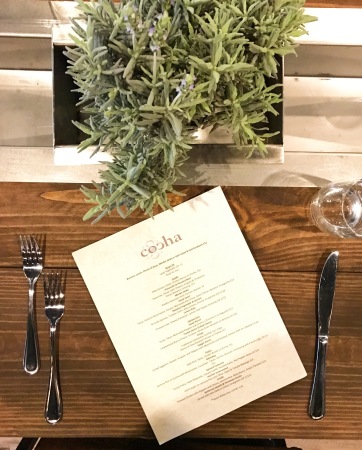